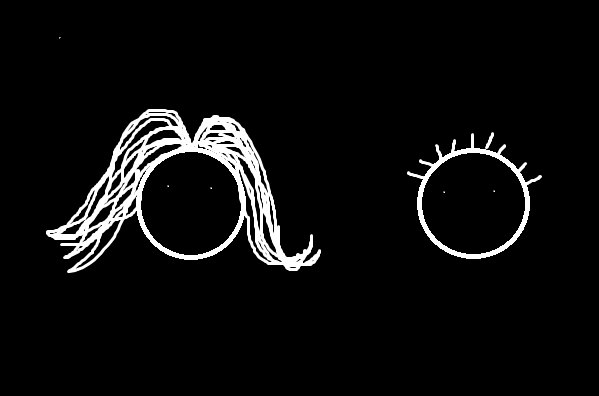 Has it ever crossed your mind why almost all men have short hair and women, long? It’s crossed mine a million trizzillion times. I think that this started a long, long time ago, when we still hadn’t evolved completely. The long hair probably was an annoyance while hunting for the men, and so they trimmed it every now and then. And as centuries passed by, the universal tradition stuck. This might not be what had actually happened, but this seemingly meaningless custom must have had some reason at a particular point of time in the past, and we continued with it.

The thing with us humans is that we come up with amazing ideas to solve our problems right at that moment. But as the years pass by, whether the idea helps us or not, we carry on with it. Pretty soon, it becomes a part of our culture and the generations after us become emotionally attached to the practice. Everyone forgets why it was started and just blindly follows it, saying it’s a part of our “culture”.

Now, men having long hair are seen as rowdies, but it’s totally okay for a woman to have hair as long as she likes.Why is the idea of men having long hair seen so abnormal? You might find this funny, but I really don’t find anything absurd with guys coming to school in braided hair. Instead, all the guys are made to trim their hair regularly, even if they want to grow it long. It is because of the continuous rant of one such guy that I am writing this blog. My hair is like Harry’s in The Goblet of Fire but no teacher tells me anything. But when his hair shows the slightest spike in growth, literally every teacher in the school tells him to trim it immediately.

The length of the hair has become a way to differentiate the two genders. Even for the kids. My two year old cousin sister who keeps her distance from males, refused to come anywhere near me just after I had gotten my hair cut. Also, in movies about cavemen , like “The Croods”, the women are shown to have much, much longer hair than the men. That has always confused me. It wasn’t like that back then, was it?

You might find this issue trivial, given the huge share of problems that we already have. But when you think about it, it’s a huge problem. The society should have no say in what a person is doing to their features,the clothes they wear, how much weight they “think” a person should lose or put on and yes, how long their hair should be. But all we humans do is gossip, gossip and gossip some more. “Look at what she’s wearing” ” He’s changed so much. See how he’s pierced his ears and grown his hair long. Didn’t his parents tell him not to?” “She doesn’t even look her age. She looks so weak, she should put on some weight”.

It would be amazing if everyone minded their own business and let the others be. If you won’t grow your hair long or let your child grow it long, don’t. Just don’t go around gossiping when someone else does it and don’t tell them to put an end to it just because you find it wrong.

We’ve only evolved backwards. I would be much happier to live in a world I didn’t get judged for doing everything I do.